How EMDR therapy helped a traumatised mother in mourning get past her loss, and five ways you can help a grieving friend

Unless you have experienced it yourself, you may believe that grief is straightforward – a staged thing that ends textbook with closure. But the response to losing a loved one is never like that. It is tangled and messy with no neat endings, and it comes in many shapes.

Anticipatory grief, for example, is what you might feel when somebody very old, or who has been very unwell for a long time, dies; there is an element of preparedness. Perhaps their going means release – for them and you.

Delayed grief manifests when the bereaved don’t process their loss, or exhibit signs of bereavement, until long after the fact, such as a mother who doesn’t allow herself to grieve over a husband’s death until she supports her children through the horrible early months.

Traumatic grief is described as the distress suffered when a loved one dies in a way that is frightening and unexpected. The distress can be utterly disabling.

Amelia Hall with her 10-week-old son Ashton. Hall lost her daughter, Chloe, when she was three months old from a congenital heart defect.

Amelia Hall, a lawyer who worked in Hong Kong for a decade, knows what this feels like. She endured the worst kind of loss, one that turns the natural order of things on its head: her daughter, Chloe, died when she was just three months old.

Hall had a straightforward pregnancy in Hong Kong, but that all changed when Chloe was born with a severe congenital heart defect in July 2018.

“We were advised that the defect was highly complex and they did not have the expertise to operate, and that Chloe’s condition meant she would likely die within the week, so we should be prepared to say our goodbyes. We were devastated,” Hall recalls.

With the help of family and friends, Hall and Chloe’s father identified a top paediatric cardiothoracic surgeon in Australia who said that, although her condition was difficult and unusual, he was willing to operate and gave the newborn an 80 per cent chance of surviving surgery.

At just seven days old, Chloe was about to fly to Melbourne with her mum on a medical charter when she suffered a cardiac arrest as they waited on the tarmac for take-off. She was resuscitated, and doctors suggested it was too risky to continue with the evacuation.

But Hall had no choice; she had to get Chloe to the best support available. In Australia, at just 10 days old, Chloe endured 10 hours of heart surgery.

Hall says: “Having been prepared for possibly six months in hospital, we were discharged after just four weeks. We knew Chloe would need additional heart operations and monthly checks, but were told things were as good as they could be.”

Two days before Chloe’s third-post surgery check, Hall was driving with her mother, with Chloe in the back of the car when the baby started crying.

“The sun was on her legs and I figured she was unhappy with that given she had spent so much time in hospitals and wasn’t used to the sun. I put a sun shade up and then had a thought that she looked a little blue, I looked again and confirmed that I wasn’t imagining it,” Hall recalls. 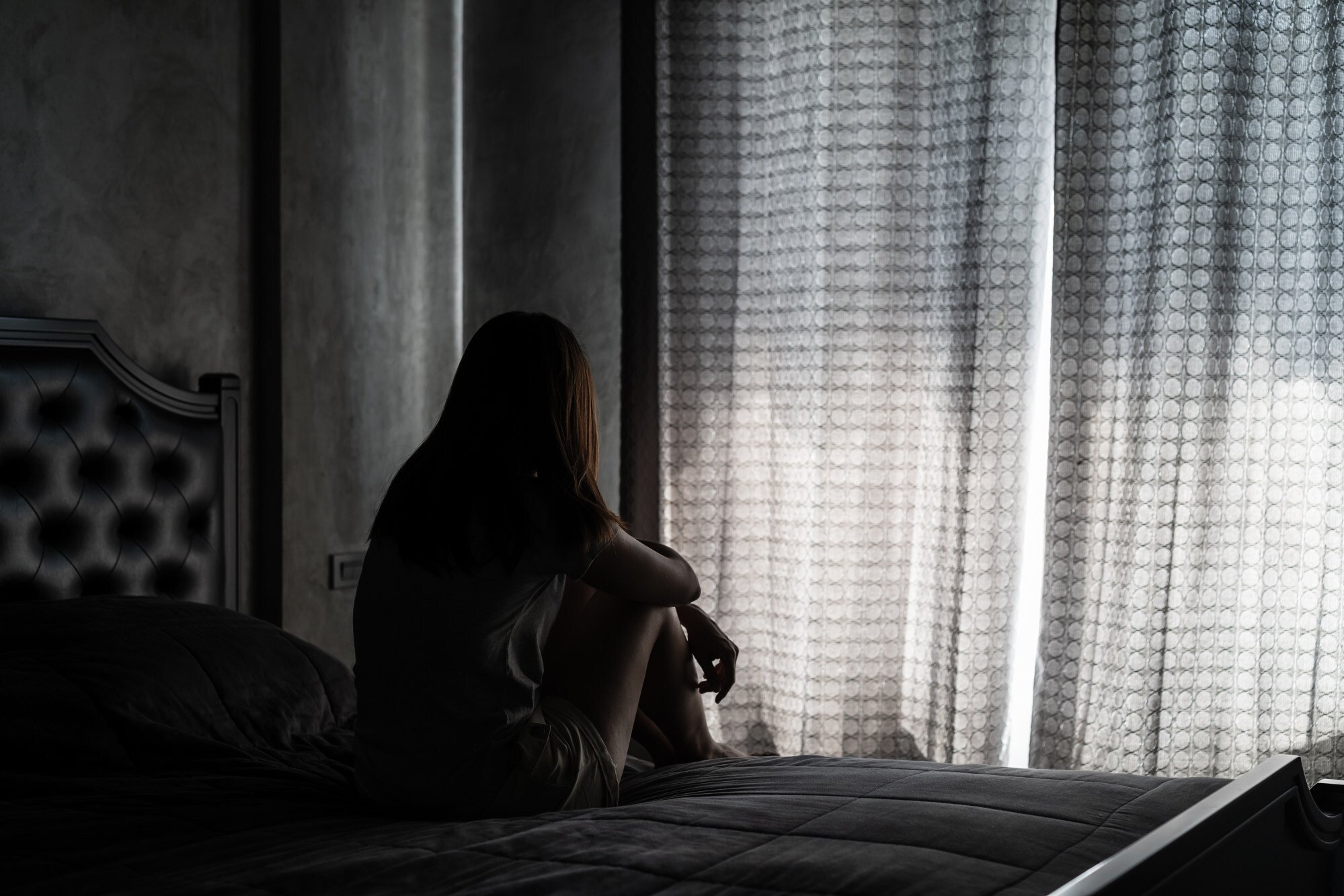 “I told mum to turn around and head straight to the hospital. It was then that I noticed Chloe’s breathing had slowed and then stopped, I told mum to pull over and call an ambulance. I ripped Chloe out of her car seat and started CPR immediately. We were no more than 10 minutes from the hospital but it felt like the ambulance took forever.

“The medics took over CPR as soon as they arrived and we went in the ambulance straight to emergency and the resuscitation room. Despite their best efforts, the doctor on duty told me Chloe wouldn’t make it. She had suffered another cardiac arrest but they couldn’t restart her heart this time.”

In the impossibly difficult days that followed Chloe’s death, Hall says, “I was in such a dark place I could barely leave my bedroom, let alone the house.” In time she sought support from Nivedita Ramanujam, a consultant psychotherapist, hypnotherapist, the head of corporate psychology at The London Medical Clinic and the founder of Inner Compass Psychotherapy HK.

“When Amelia first came to see me, she reported that she felt deeply traumatised. Her trauma remained highly ‘unprocessed’. She had already slid into post-traumatic stress disorder. My first priority was her emotional stabilisation,” Ramanujam recalls.

Once Hall’s sympathetic nervous system had been dialled down from a “state of flight, fight or freeze”, the pair were ready to embark on EMDR, or eye movement desensitisation and reprocessing, therapy.
This interactive psychotherapy technique, used to relieve psychological stress, is “an intense process”, says Ramanujam. “This puts the patient in touch with the raw moments of a painful memory.

“I would only take her as far as she could bear to go without ‘dissociating’, that is, where the mind and body effectively disconnect from each other due to the intensity of the traumatic thoughts.”

Together they charted a map of memories surrounding each event of Chloe’s life. At every stage, says Ramanujam, “I had to ensure that while we were going back into those moments, Amelia’s adaptive information network was reprocessing all the information she had ‘weeded out’ due to guilt and self-doubt.

“This meant deconstructing every single minute detail of each event where she assumed she had not done the best she could have.”

I felt that I had failed Chloe in my role as her mother, and this weighed heavily on me Amelia Hall While revisiting negative memories, Hall’s eyes were tracking the therapist’s hand as it moved back and forth in front of her face. The bilateral stimulation via the eye movements helped her brain begin to reprocess and integrate the information that was blocked.

Her brain processed every moment incorporating those missing pieces of information which “get shut out” because of trauma. EMDR does not erase those memories, but it takes away the sting. It allowed for a celebration of Chloe’s life.

“Nivedita played a huge role in the processing of my grief so that I was able to recall and look back at my time with Chloe in a positive manner,” Hall says. “Previously there would be pain and despair and anger when doing this rather than pure love and happiness.”

She was also instrumental in processing the guilt Hall felt around Chloe’s death.

“I felt that I had failed Chloe in my role as her mother, and this weighed heavily on me. Working through the events with Nivedita showed me that I had in fact done absolutely everything I could for Chloe, and that together Chloe and I had fought so hard for her life that was taken too soon.”

Her therapist also worked with Hall in managing her anxiety over the two sons she bore after losing Chloe, which helps her to be more present with them and to make the most of their time together.

Five ways to support a friend in grief
– Just ask, says Hall. “We may not know how to help at the time, but just asking is support in itself. Quite often there is a lot of support immediately after the death of a loved one, but that will tend to fade as time goes on, even though our grief does not. Continuing to support your friend forever is a beautiful gift you can give.”

– Remember your friend on key anniversaries. Hall appreciates friends who text her on Chloe’s birthday, and on the anniversary of her death, to let them know they are thinking of her.

– Do not use clichés such as “time heals all wounds”, “she’s in a better place”, “it’s for the best”, or “God only gives you what you can handle”. None of these are helpful, Hall says.

– Think practically: Hall’s mother’s friends organised a food delivery for several weeks. “That was one of the best things anyone did,” she remembers.

– Hearing from others that have been through a similar experience and what has helped them is welcome. Hall heard from a fellow bereaved mum about “fetal maternal microchimerism”, sometimes called the pregnancy souvenir – a phenomenon that can persist for decades in which a mother will retain cells from her child long after delivery. “I love knowing that part of Chloe will biologically live on in me forever,” says Hall.